Áo dài, the Vietnamese traditional attire, has always fascinated me. I had seen a calendar with ao dai models in one of the travel offices down south in Hue. I made a mental note to buy that calendar before I leave Vietnam. I was in Hanoi at the tail end of my trip. It was nearing the end of the year. Almost every second street vendor was selling calendars.

I went to a vendor, looked up my phrase-book, and uttered the words, “woman, calendar.” The vendor nodded indicating that he understood. He pulled out a calendar from his stack. The calendar featured women all right, but they were not Vietnamese, and they were all bikini-clad.

A passing student volunteered to translate. When the vendor heard what I really wanted, he laughed. He did not stock those any more as according to him they were not trendy. He said he will try to find one and asked me to return later.

I went back an hour later. The vendor was waiting for me with a wide grin and my Áo dài calendar. 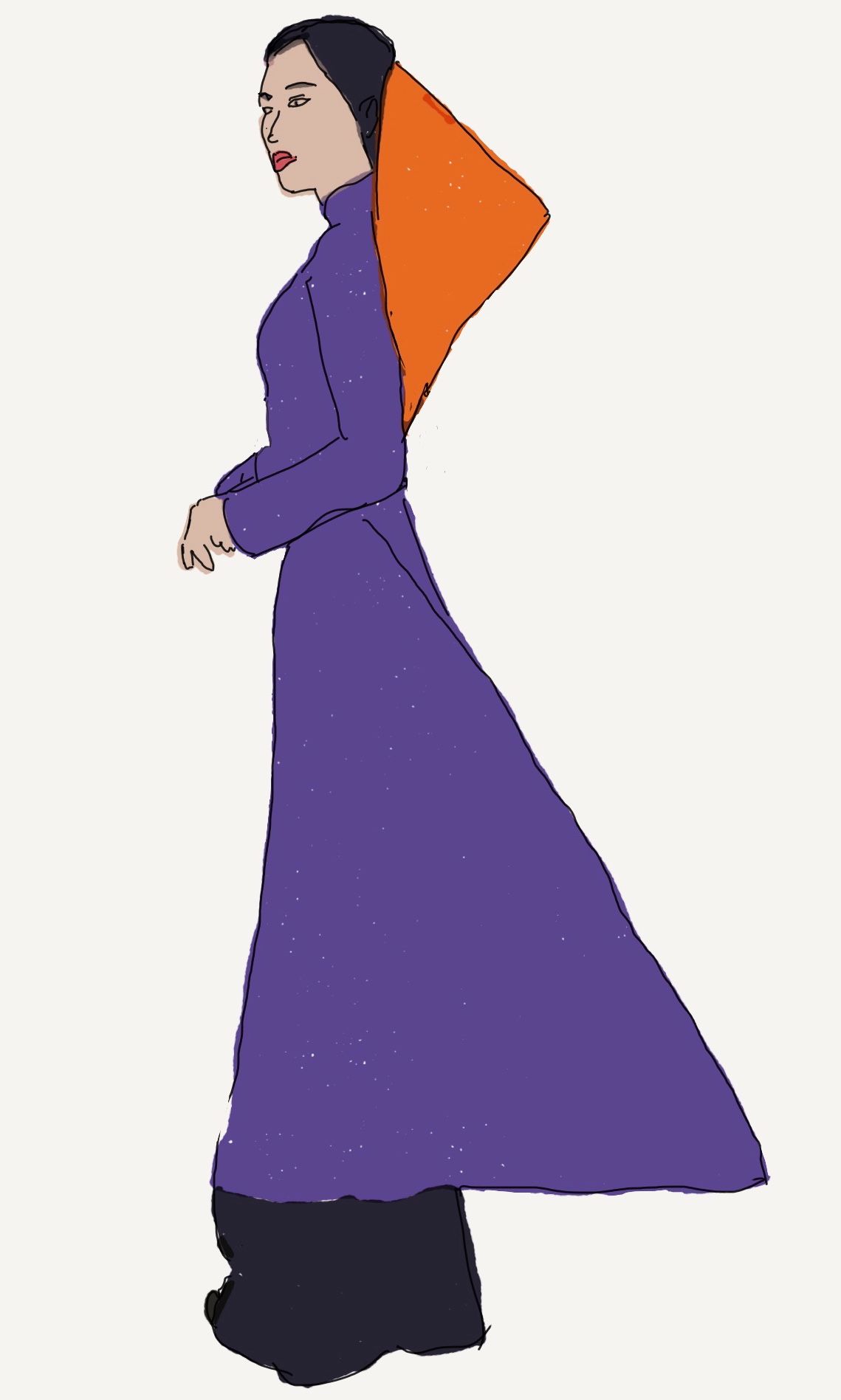 Rambo in water Spotted this rainbow in Dalat today. In the 1980s I lived in Bombay. One day a neighbourhood kid came running “There is Rambo in the water!”. When

The giant in Lao PDR One crisp December noon, I was at a temple in Luang Prabang writing some things. It was quiet and peaceful. I fell asleep. I heard some voices. I