I was in Mysore earlier this month. They were moving the house. So, there I was — sorting stuff into what to throw and what to keep. It is the hardest thing. Every object, every book, brings back some memories. In this one box full of cockroaches, I found my Commodore 64 — The very first computer I ever owned. 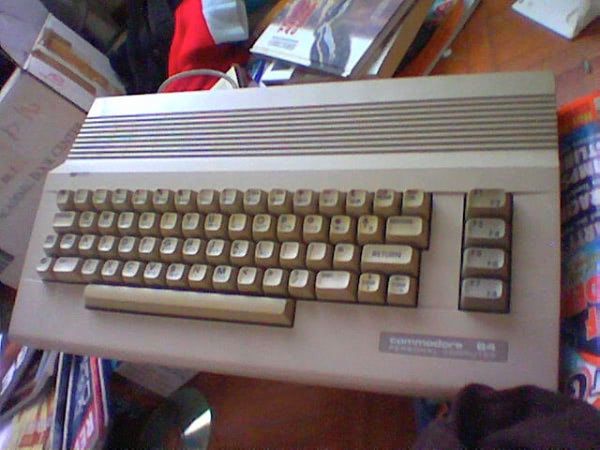 There was a flashback.

Bombay. The late 1980s. Every night, we would watch horror movies or two. After that, we would type in some code and build a game on the Commodore. Later at night, we would go up to the roof of the apartment block, climb over the wall onto an unsecured ledge, and wonder what the future will bring.

My reverie was broken by this one cockroach that started walking up to my hand. I cleaned up the computer and connected it to the TV. I almost expected it to explode. Amazing!! It still worked. I typed in a short BASIC program, The same little program I typed into it the very first time I unpacked it.

These days I build educational games with Flash. Creating a Flash app is in some ways like programming on the Commodore. Commodore had only 64K of memory; writing compact code was a necessity. That said, Commodore 64 was a fantastic machine. Commodore sold 20 odd million of these computers with great sound and graphics. People created some amazing stuff on it. I sometimes use the Frodo C-64 emulator to demonstrate some basic programming concepts. Another similarity with Flash was the concept of Sprites. Sprites were programmable graphics a lot like Flash “Movie Clips”.

A few years later my brother and I used a Sinclair Spectrum (another 1980s computer) to run a small advertising firm. In the early 90s India, just before the satellite TV explosion, we had private cable channels. Local entrepreneurs would run coaxial cable along a neighbourhood. Twice a day, they would feature local or western movies. We created short animated graphics for local businesses and then got these cable guys to play it in between their movies.

In 1995, another friend and I ran a local paper called “White Noise” that featured articles on tech and personal development. We used a Macintosh at our publishers’ office to layout the magazine. Later in the same year, I worked for a startup developing multimedia content. That is where I made the jump from a programmer to instructional designer. We were perhaps the first organisation that was a 100% Macintosh shop those days.

These days we have far more powerful computers but I miss programming on the Commodore.

Childhood music A few months back I was browsing through a junk shop. I spotted a record player. I remembered the 1970s. The 70s were wonderful, weren’t they? The